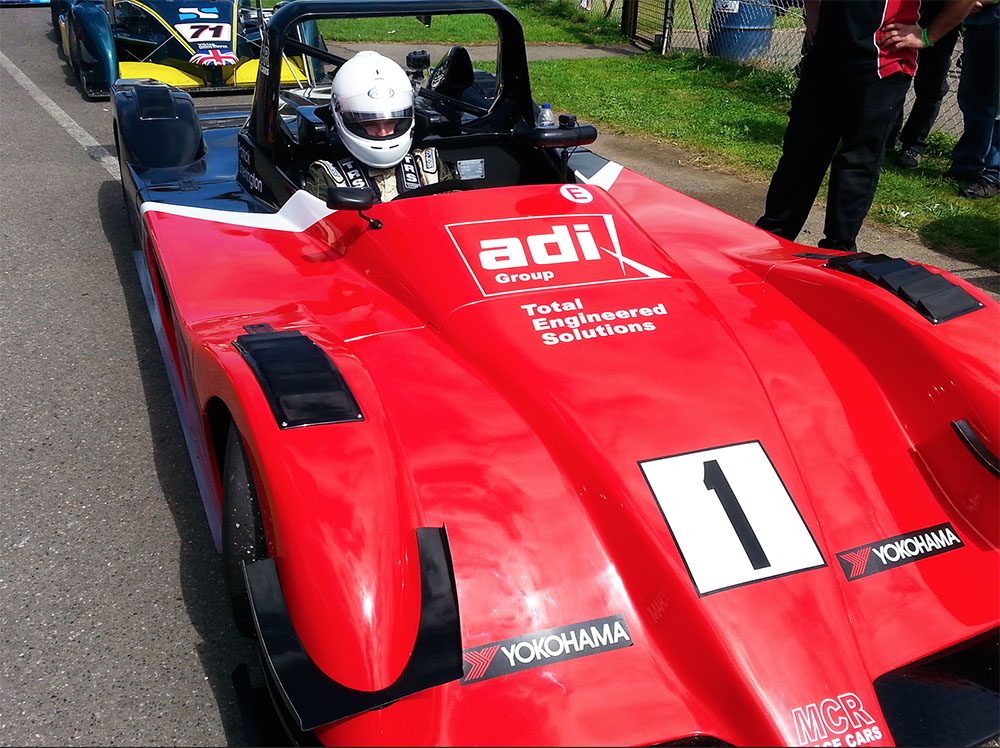 Qualifying
Having only raced at Combe once 5 years ago it was always going to be about learning the track in qualifying. It is a very fast track which is also narrow and has no run off areas so mistakes are generally punished with car damage so a bit of caution was always going to be needed.
Got down to some reasonable times early on and then had to pit due to Black and Orange flag being waived at me due to a fuel leak from the filler cap.
Made some changes to the set up and went for it with one lap to go. Second place on the grid behind Tom Stoten whose qualifying time was inside the lap record.
Race
We made a couple more minor set up changes before the race and bright sun meant it was going to be a hot one!
Made a good start and into the lead in the race up to Quarry. Michael Gibbins was challenging on the outside but there was not going to be a way past there and I took the lead into Quarry corner with Michael and Paul Trayhurn in close attendance.
The pace was fast and furious and whilst I couldn’t build much of a gap the car felt good and it was all pretty much under control with no risks being taken. Michael and Paul remained in close attendance but I didn’t feel pressured at any particular corner. This was until lap 10 when coming up to lap Richard Cooke at the ultra-fast Camp corner he seemed to be staying wide to let us through but then as I closed in turned into the apex causing me to take avoiding action and having to drop to 3rd instead of 4th gear. This let Michael right onto my gearbox on the exit and with more momentum. I defended the inside but he had enough speed to pull by on the long run down to Quarry corner.
I will still close behind as we approached Quarry and thought about an immediate fight back as Michael was slow out and defending up to the chicane. I hung back to get a better exit and kicked myself as Paul Trayhurn dived up my inside – so down to 3rd in the space of 2 corners.
I settled in to watch Michael and Paul fighting for the lead. As Paul made a move at the second chicane it caused him to have an untidy exit and I had a great run through and pass around the outside leading up to Camp corner and was immediately starting to reel in Michael. I could see a back marker coming out of the first chicane and new it was going to give me an opportunity. Michael squeezed by at the apex of the Paddock kink and as a result the car he was passing spun right in front of me. Avoiding action meant a trip to the grass filling up the car with Wiltshire hay!
A furious next lap saw me break the lap record and close down the leaders but there was not enough time left and third place on the road which was improved to second due to Paul being penalised for track limits.
Not a bad result but should have been better! 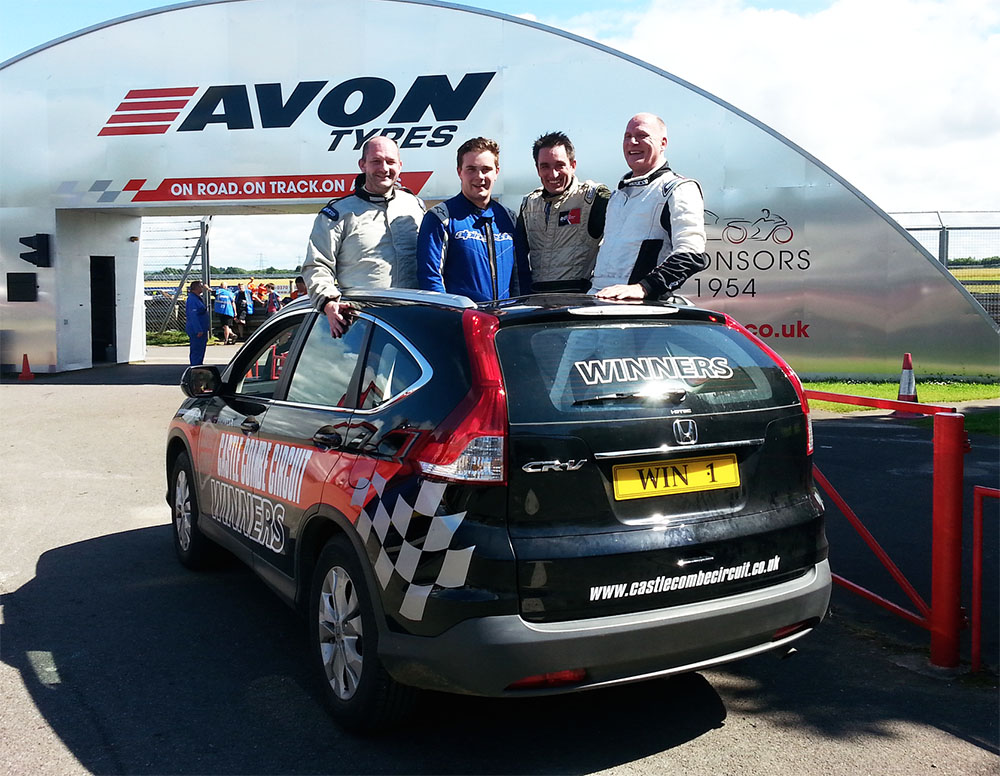