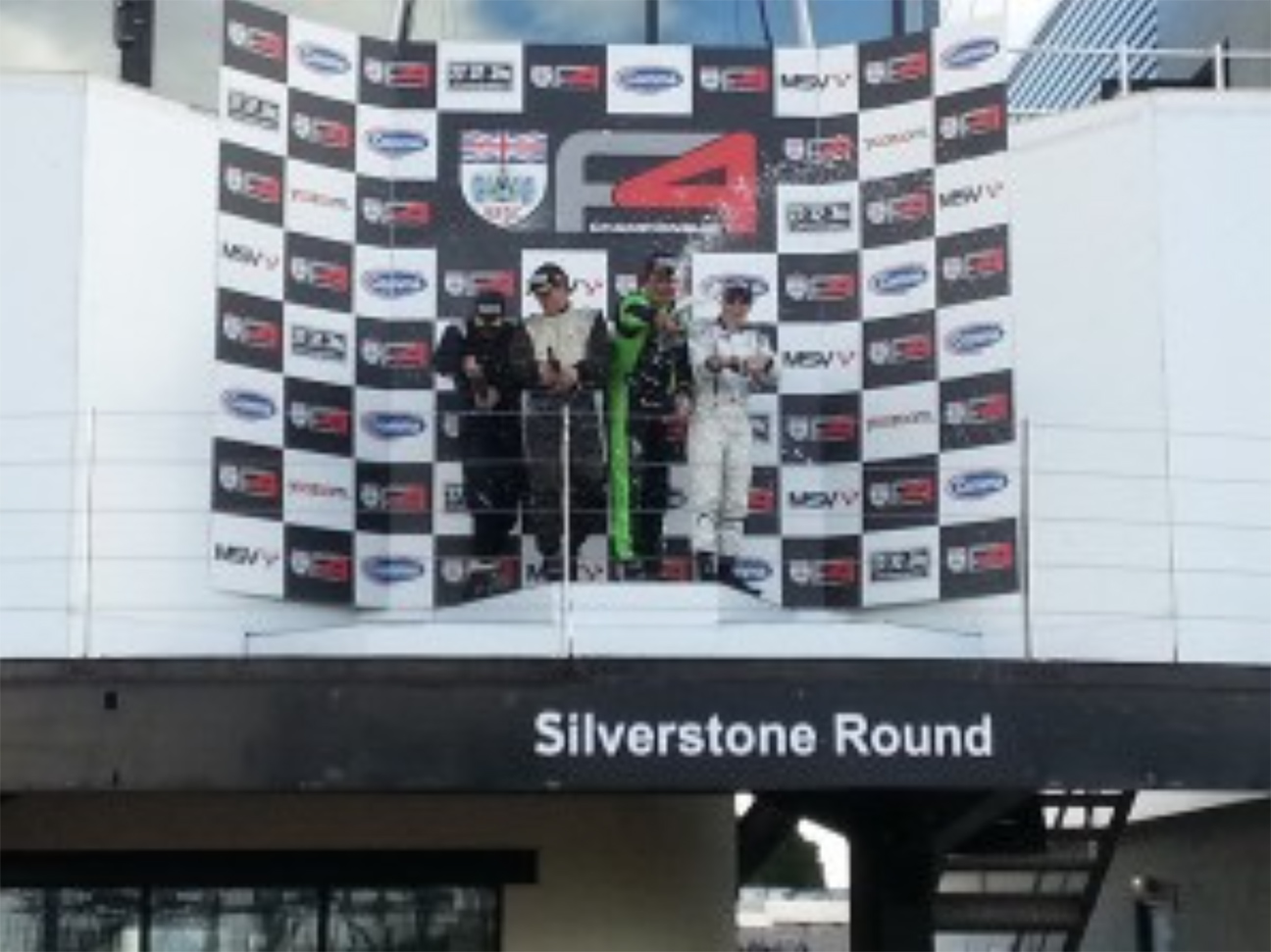 Round 1 Silverstone Arena GP circuit – A great start to the season
Round 1 at Silverstone saw ADI Group bring 60 supporters to watch the first race a record turnout and whilst I was delighted at having such support it certainly put the pressure on the result!
Qualifying
It had hailed and rained the 30mins before quali but it was not enough to warrant going out on wets so slicks it was and brave the slippery conditions. The track was inconsistent in where it was wet but the car felt balanced and I soon got into a flow.  After a few laps I pitted to see where we were and Scott advised we were on pole by 8 seconds!  However the track was drying fast now and we would have to go out again to ensure we didn’t get pipped at the post. Unfortunately the session was cut short so as I was going into my full dry lap the flag came out to end the session so 4th it was. 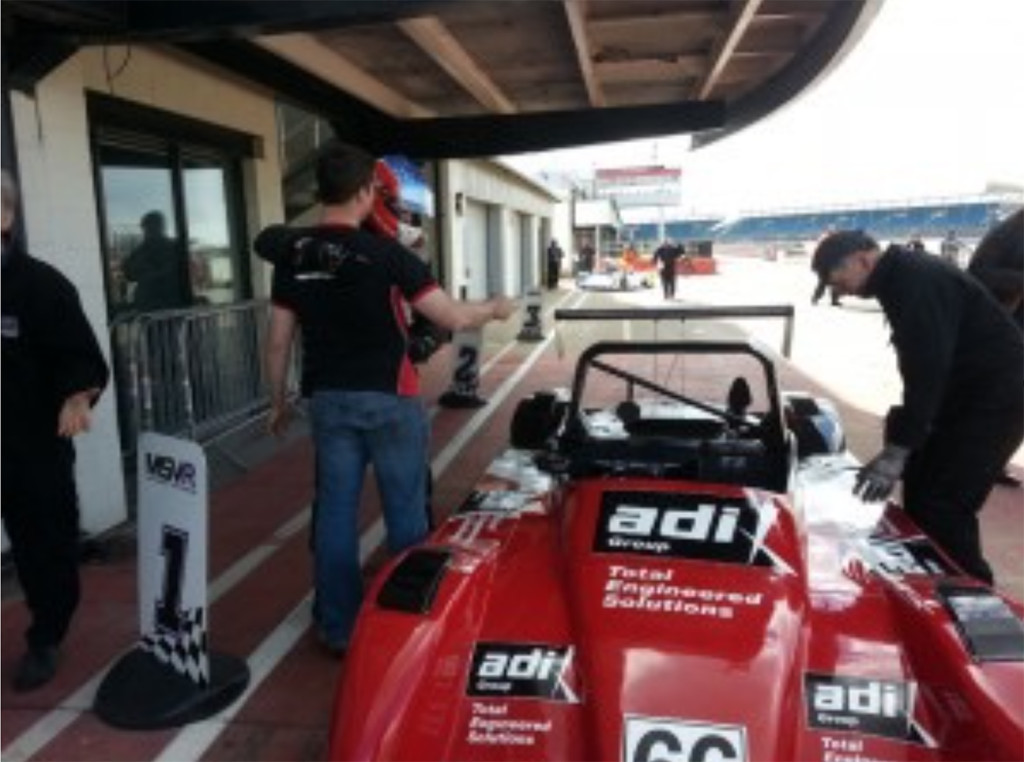 Race
The weather had improved so a nice dry track greeted us and I felt that we should have the pace in the car to challenge for the win.
Red lights out and straight into 3rd heading up to Copse. Dave Connor in the sister MCR made a great start from 2nd and took the lead from Rob Oldershaw as we charged into Maggots / Becketts for the first time. I had a look at Rob down the inside into this section but he had it covered. We both got in Dave Connor’s tow heading down the Hanger straight and as Rob challenged up the inside I had massive momentum and went to the outside – I thought I had made it into the lead but the familiar sight of the Gunn appeared on the inside as we both hung on and made it past Dave.  I then concentrated on getting a good exit from the Club chicane which gave a little breathing space back to Dave in 3rd.
The next lap round it became apparent that we had good pace in the car and I was able to get a good exit in a number of places which meant I could challenge for the lead in about 3 different places on the circuit. After 2 or 3 good “looks” I managed to get alongside going down the International Pit straight as we charged towards the near flat Abbey curve. At least it is nearly flat is you are on the racing line which we weren’t and Rob braved it out on the outside which meant lifting to avoid the possibility of the car sliding into him at the apex. However lifting was not what the laws of physics asked for at that point and the car swapped ends at over 100mph! This meant driving the second part of Abbey backwards which was an unusual experience!
I spun the car back the right way and what must have been some Welsh “red mist” rolled in from the hills as I set off in pursuit of Rob with 15mins still to go in the race. I managed to take 5 seconds out of him in the first flying lap as he hit traffic and I set the fastest lap of the race by over 1 second. After that it was about a second a lap and I could see the Gunn getting ever closer  – could we do it?

I could see traffic ahead and thought this may be my chance and was surprised at the rate at which I caught and passed Rob and was even more surprised when his pace seemingly increased again as I passed him and he hung on for a lap until we reached the club chicane and he disappeared in a cloud of tyre smoke. I found out later that he had an incident with a slower car which had caused some damage to the car.  The next couple of laps were just about getting the car home and we crossed the line to take the win some 17 seconds ahead.

A great start to the year and thanks to all at ADI for supporting and Clive, Cindy, Scott and Ken from MCR Race Cars for a great team effort to take the win.