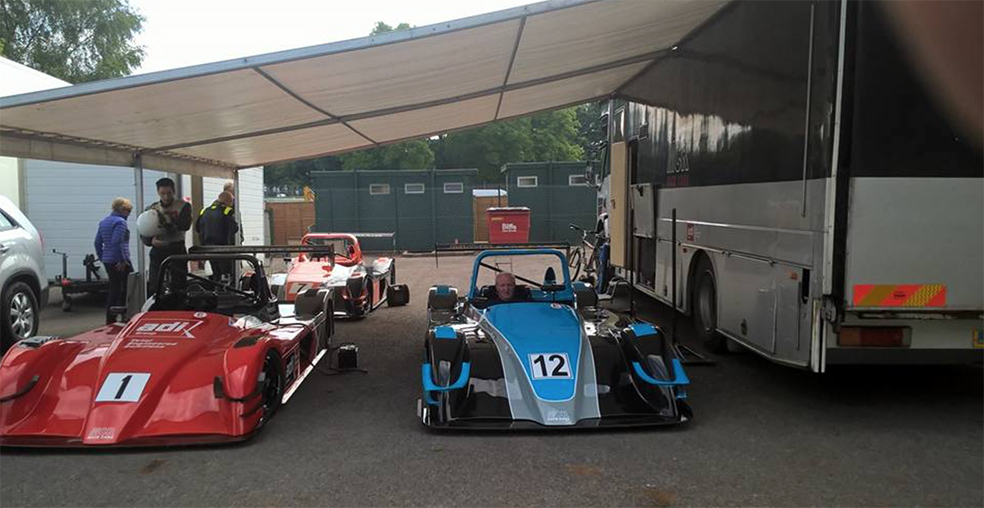 Fantastic weather greeted us at the Oulton Park circuit for the Bank Holiday Monday meeting although I was not exactly feeling race fit with a bad reaction to an insect bite on my right arm and a good dose of “Man Flu!”
Qualifying
Qualifying was busy with a lot of cars on track but with fresh tyres the car felt great and I was soon down to some decent times without having to take any risks. Delighted to take pole by one tenth from Michael Gibbins. 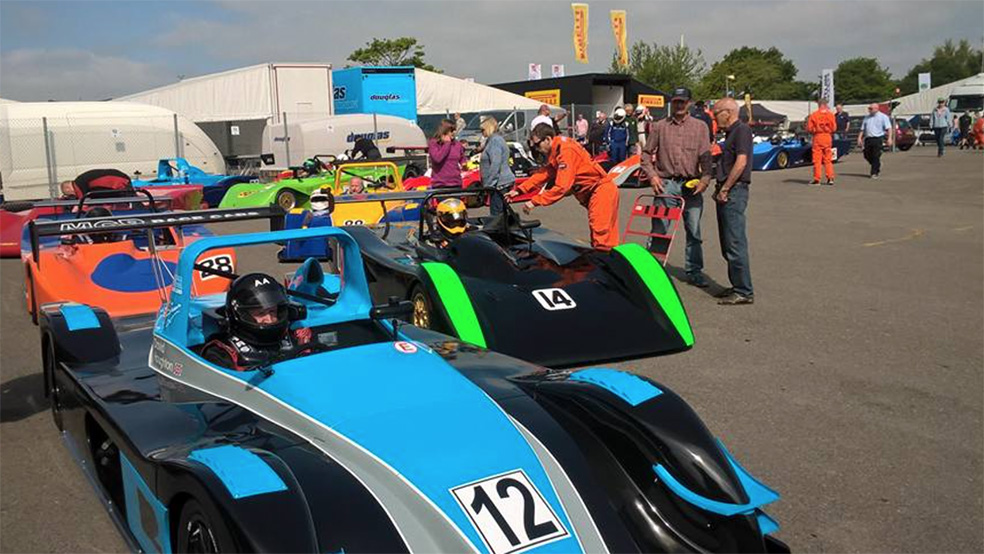 Race
The race was to be over 50 mins which is a long time at the challenging Oulton Park circuit where you never really get a chance to rest. Plan was to settle in for the first few laps before trying to build an advantage.
The rolling enduro start meant Michael and I went side by side through Old Hall for the first time with Michael coming out first on the run down to cascades and Paul Trayhurn in close attendance. A slow exit meant that Paul got a run at me going down to the ultra fast Island bend and I had to back out rather than risk the corner flat out with a full tank of fuel so down to third by the end of the first lap!
The two in front weren’t really pulling away and I was sure I could stay in contention although the battle the three of us were having allowed Alaric Gordon to close in on my tail so it was a four way fight for the lead!
The car didn’t feel quite as strong in the fast sections as normal and a few checks in the mirror saw worrying whiffs of smoke from the rear of the car but all pressure and temperatures were ok so decided to press on for the moment.
Back to second for lap 5 but then got held up by back markers out of Old Hall allowing Alaric Gordon through on lap 7.
Michael Gibbins then pitted to up to second and was closing in on Alaric again when it was time to pit.
I asked Richard to check the car for oil as I came to a stop and sadly I big leak had developed so had to retire the car.
Well done to Oulton Park specialist Alaric Gordon on a fine win from Michael Gibbins in second and Tom Stoten third.