A brand new car to run in on the Friday left me full of anticipation for the race weekend proper on the Saturday and Sunday.
Qualifying
Qualifying was dry but with oil all the way round the track meant it was going to be tricky. Too tricky for some as a number of cars span out and the red flag came out. Paul Martin was the early challenger but then fast times from Tom Stoten and Cameron Davies meant that the gap to pole dropped to 0.6 of a second. I was delighted to be on pole with a car fresh out of the box from MCR 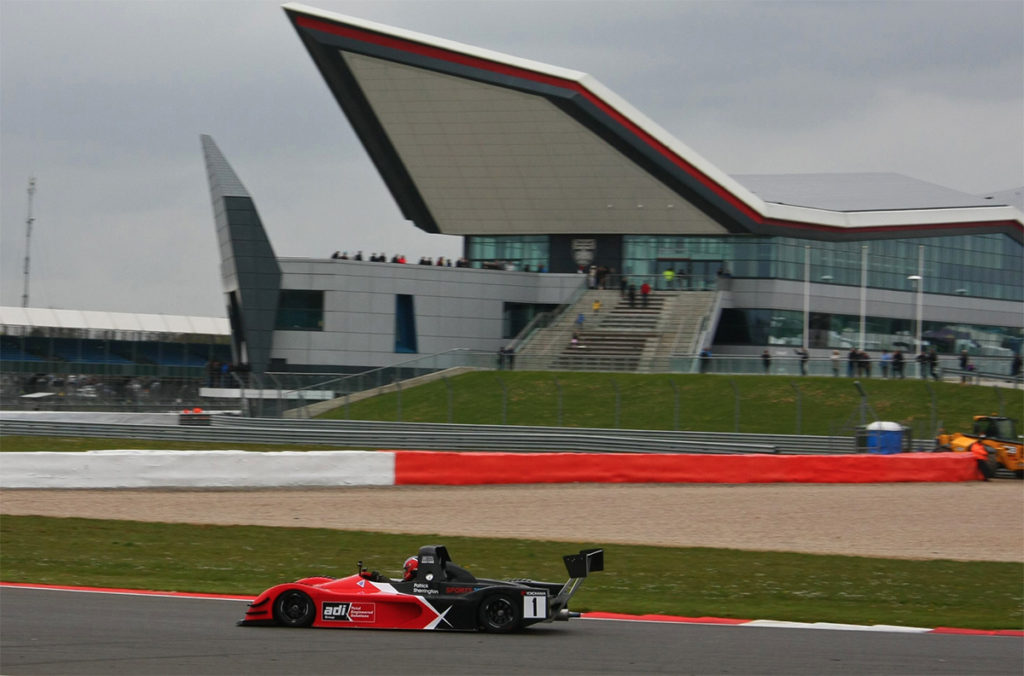 Race 1
Race 1 was early on the Sunday morning and with rain overnight I was on the wrong side of the grid and pulled up in a river of water with a dry line to the left. Red lights out and got nothing but wheelspin!
First of all Tim Tudor shot by into the lead from 8th ! Then David Houghton passed me in the second corner as I was struggling to get grip on the cold tyres. I managed to fend off anyone else onto the Hanger straight and settled into halting the gap to David and Tim.
I managed to catch David on lap 4 and passed on the hanger straight. At this point Tim Tudor in the lead hit traffic and as he was held up going onto the Hanger straight I managed to get into the slipstream and by into Vale corner. From here on in it became a game of negotiating the traffic and not making mistakes.
Delighted to cross the line first with a 17 second lead from Tom Stoten with Michael Gibbins in 3rd following a great fightback drive from the back of the grid.
Race 2
Race 2 followed in the afternoon and we were greeted by ominous spots of rain as we waited in the collecting area.
Red lights out and Michael made a good start from 3rd and forced by down the pit wall into the first corner. The fast starting University Car of Tim Tudor again challenged into the first couple of corners but a good exit onto Hanger straight saw me make a reasonable gap to third.
Michael was going flat out and opened a gap of about 3 -4 seconds as my tyres were still getting to temperature. I managed to peg the gap on about lap 9 and traffic on lap 10 saw the gap drop to 2 seconds.
This was how it was until about lap 15 when I could see Michael starting to struggle with grip. I then closed the gap until I was on his tail on lap 16. I was hoping to challenge onto the Hanger straight but Michael was using all of the extra track on the exit meaning a much better exit speed. I chose to stay within the white lines expecting the officials to take a dim view with regard to the track limits rules at the end of the race. As it was I kept pushing and despite getting alongside in the braking areas a couple of times was unable to get by. Overall I was pleased to get second just 0.17 of a second behind.
A great start to the season which sees me leading the championship.