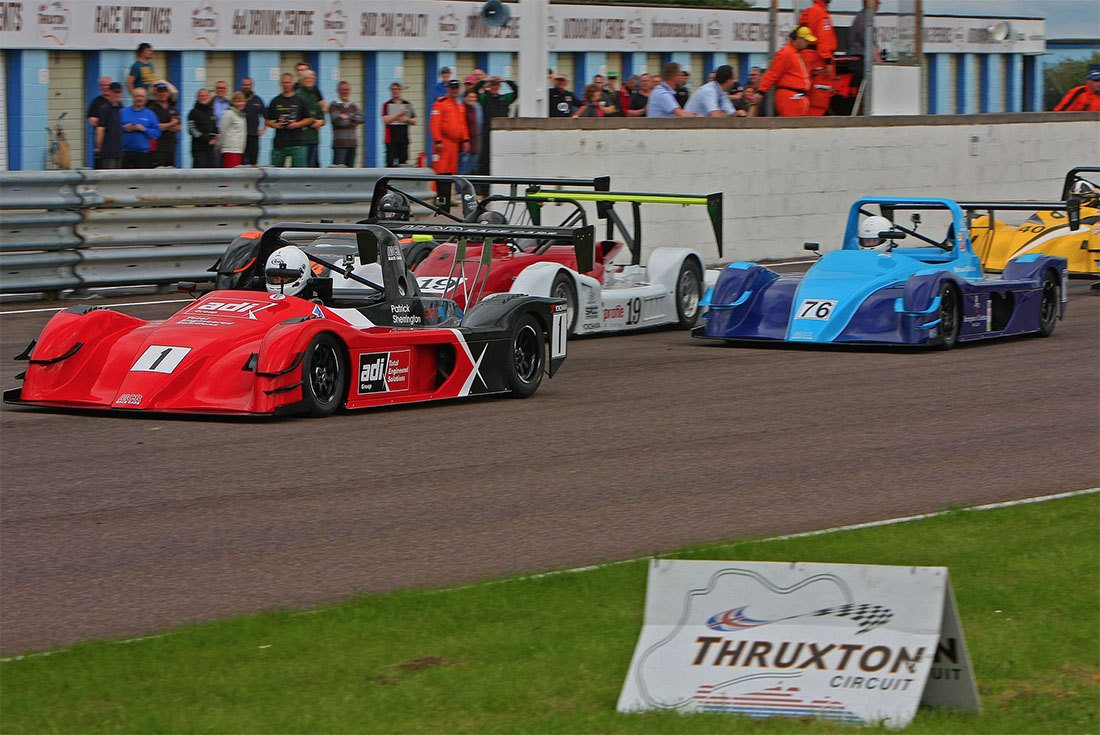 Qualifying
Heavy rain in the morning meant the qualifying was going to be wet but thankfully the rain stopped before so it meant full wet settings but a drying track.
Early laps saw some decent times but the track was still slippery in a couple of key sections. I saw either P1 or P2 on the pit board so that would be good enough. About halfway through I caught Paul Martin and thought that both of us would benefit from a tow although this just didn’t work as we were making our lap time in different parts of the circuit and I had a shock with 5mins to go I was down to 4th and 3 seconds off the lead time!
I dropped back to get clear track and had noticed that it had started to dry really fast. Head down and just go for it although looked in the mirror and had what I thought was Tom Stoten in the Gunn for close company for the whole lap. I was delighted to shave off 3 seconds and get P2. Well done to Nick Bacon who put in a superb pole time and it turned out to be Nick not Tom who was in close attendance.
Race
A dry circuit with sun greeted us in the afternoon which was going to be great and with the top 6 all closely match it looked like it was going to be a great race.
A great start saw me clear into the first corner with Michael Gibbins and Paul Martin in close behind with Nick Bacon dropping back after a slow start. A great exit onto the fast back section saw me pull a gap which extended on lap 2 only to be greeted by the safety car at the start of lap 3 due to a car off on the exit of Church so would have to do it all again.
At the restart I slightly miss timed my run out behind the safety car which caused me to lift and allowed Michael to close right in through Turn 1. Looking at the video from the Swansea Team MCR car I was too soft in my defence into the complex and Michael slipped by on the inside.
I settled in behind and the gap remained at about 0.4 of a second as we pulled away from the rest of the field. The car felt great and I was gaining more confidence through the ultra-fast Goodwood and Church sections so it was time to mount an attack. The next lap round I could feel a weird vibration from the front end and decided to ignore if for the moment as corner grip and stability was good although the front end had started to lose a little bit of grip which I decided was from losing downforce in the turbulent air behind Michael.
On the next lap I got a really good run through Goodwood and was on a tighter line and gaining quickly on Michael so it was time to line up for the pass out of Church. However as I turned in the front end just washed out completely on what felt like a puncture.
I headed for the pits and to my dismay the front splitter had destroyed itself due to rubbing on the circuit – a combination of the high speed downforce generated and extreme cornering at the Thruxton circuit. Clive and Richard did their best with the “gaffer tape” and I went back out to at least collect a finish.
Frustrating but the car felt great so look forward to Donington !